As the daughter of an older cloth manufacturer and wife of a younger one, Liselotte Mattil born Botzong was always connected to local trade – as well as to the company Jola Spezialschalter, which was newly founded in 1952.

The second commemoration on 1 July 2022 was about Liselotte Mattil, who always supported her husband, the entrepreneur Karl Mattil. During the Second World War, she had sole power of attorney for the family cloth factory and represented her absent husband during his time at the front. In 1952, together with him, she founded the Jola Spezialschalter GmbH.

Her grandson, the current Managing Director Lars Mattil, read the recently written CV. Then his father, Volker Mattil – Managing Director from 1978 to 2018 – followed and talked about what his mother had done for the Jola company:

“At the 50th anniversary she was still with us, but already very weak, and lived on for 2 more years until she died in 2004. A life full of ups and downs – like a roller coaster: up and down…”

A video was already published on 4 July 2022 on the YouTube channel “Inside Jola”: 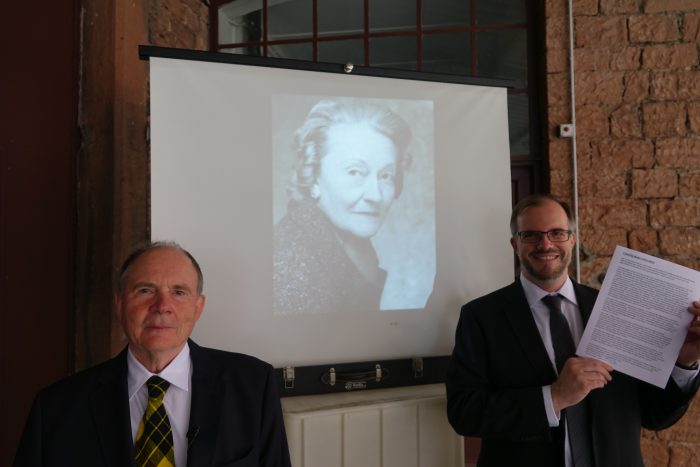